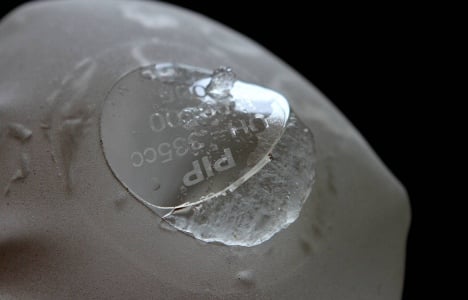 French Health Minister Xavier Bertrand on Friday advised women who had had breast implants from the company Poly Implants Prothèses (PIP) to get in touch with their doctors, prompting German authorities to recommend the same.

The latest figures from France suggest that around one in 30 of the PIP implants had ruptured because cheap silicone was used. A scare spread in France after a 53-year-old woman with the implants died of a rare form of breast lymphoma.

The company filed for insolvency in 2010, and 2,000 women have filed legal complaints since March of that year.

The BfArM has now also ordered clinics to contact former patients and organize appointments for advice on what to do, but it stopped short of advising a blanket removal of implants.

BfArM spokesman Maik Pommer told Der Spiegel that the risks of an operation could only be evaluated on an individual basis. “That’s why a general recommendation for the removal of the implants would be irresponsible.”

It remains unclear how many women in Germany have the PIP implants. According to BfArM, no national statistics are compiled. In France, around 1,000 cases of ruptures have been reported, from a total of 30,000 implants.

So far, BfArM has received 19 reports of defective implants in Germany. “But we don’t know if as many people are reporting them in Germany as in France,” said Pommer.