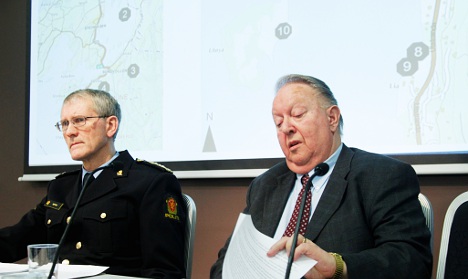 The claims were contained in an evaluation written by a local police committee which has not been published but was leaked to Norway's Dagbladet daily.

At a news conference on Friday, a top police officer labelled the report a "theory" and said police acted "as quickly as possible."

"In the eyes of the evaluation committee, the policemen in question did not hesitate in the least before acting against the author or authors of the attacks on Utøya as soon as they had the practical possibility," said Olav Sønderland, who headed the committee.

"In situations of deep crisis, time for planning and thinking is limited," he added.

Behring Breivik killed a total of 77 people on July 22nd, most of whom died when he embarked on a shooting spree on the island of Utøya, some 40 kilometres northwest of Oslo.

He had earlier set off a car bomb outside government buildings in Oslo, killing eight people.

Behring Breivik, who claimed to be on a crusade against multi-culturalism and the "Muslim invasion" of Europe, was disguised as a police officer when he spent nearly an hour and a half methodically shooting and killing the 69 people attending a summer camp, most of them teenagers, on Utøya.

Police came in for criticism after the attacks, in particular over the relatively distant launch point for an intervention force deployed to the island, as well as the choice of a simple rubber dinghy, which was overloaded and broke down.

Now in custody at the high-security Ila prison near Oslo, Behring Breivik, 32, is scheduled to go on trial on April 16th.

A psychiatric evaluation of the confessed killer concluded late last month that he suffered from "paranoid schizophrenia".

If confirmed by a panel of experts and the Oslo court, that conclusion will most likely mean Behring Breivik cannot go to prison but instead will be sent to a closed psychiatric institution for treatment.