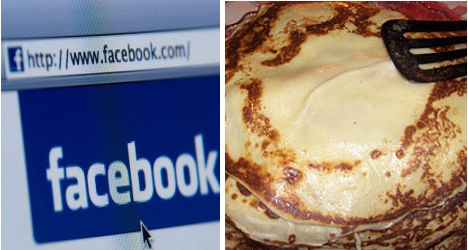 ”Because these lists are based on so much info, it gives a rather good picture of what Swedes were interested in finding out more about in 2011,” Google Sweden CEO Stina Honkamaa told The Local.

According to Google Sweden head analyst Jonas Wallentin, 2011 was also characterized by information searches, which were often centred around some news event.

The Arab spring, the Fukushima nuclear accident in Japan, the death of Osama bin Laden and the Anders Behring Breivik massacre in Norway made a lot of Swedes turn to Google in search of more information.

Otherwise, Swedish celebs seem to be ousting the international stars when Swedes start googling, with singer Eric Saade knocking even child wonder Justin Bieber off the number one spot from last year.

Despite showing a growing interest in the LCHF (Low Carb High Fat) Swedes also donned aprons and headed for the baking table.

”In 2011 Swedes seem to have discovered the LCHF diet. At the same time more sweet stuff is being baked then ever before – cupcakes and macarons are climbing on the lists and we order pre-packed grocery bags like never before,” said Wallentin.

The quickest growing searches of food on google were characterized by sugar explosions such as pancakes (1), apple pie (2), cupcakes (3), macarons (4) and rhubarb pie (5).

Martin Johansson, one of the founders of cupcake caterers Cupcake Sthlm, said that he was aware of the trend towards sweet things, and cupcakes in particular.

“There was certainly a peak in the cupcake trend in Sweden in 2011. We have seen a massive interest in our services since we started in August last year,” Johansson told The Local.

At the same time, however, the search words ‘LCHF’ and ‘LCHF recipes’ are number one and two respectively on the ”Quickest growing food trends” list, with ”LCHF breakfast” coming in at number six.

“We’ve seen a ‘small explosion’ this year. Swedes want to be healthy, to lose weight and to feel better. From being something dieticians talked about, we’ve seen it turn into something ordinary people talk about over lunch or dinner – and search for on the internet,” LCHF dietician Elif Schmidt told The Local.

The pre-packed grocery bag, predicted by HUI Research (formerly the Swedish Retail Institute) to be the 2011 Christmas present of the year, also featured high up on the list.

Food and celebs aside, Google also looked at the questions Swedes ask when they search.

The ”What…” list was topped by ”What time is it?” at number one, followed by ”What does my name mean?”, ”What’s for dinner?” ”What week is it?” and the more philosophical ”What is love?” at number five.

In tenth place came ”What should I do?”.

According to Google, the company don’t censor the lists, which made it even more surprising that ”Sex”, which would be expected to rank high, didn’t quite make it into the top ten in 2011, coming in at place 11.