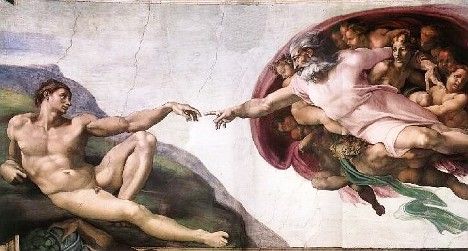 Bruno Mansoulie, a researcher at the European organisation for Nuclear Research (CERN), told reporters in Geneva that Europe’s giant atom smasher had “reduced the window where scientists think they will find the Higgs boson.”

Underpinning the search is a thirst to fill a major gap in the theory of sub-atomic particles, known as the Standard Model.

Developed in the early 1970s, the Standard Model says there are 12 particles, which comprise the basic building blocks for all matter.

These fundamental particles are divided into a bestiary comprising six leptons and six quarks which have rather exotic names such as “charm,” “tau” and “strange.”

This interaction gives rise to three fundamental forces — the strong force, the weak force and the electromagnetic force (there is a fourth force, gravity, which is suspected to be caused by a still-to-be-found boson called the graviton).

The mystery, though, is what gives matter particles mass — and why some of these particles have more mass than others.

The theory behind the Higgs is that the mass does not derive from the particles themselves. Instead, it comes from a boson that reacts strongly with some particles but less, if at all, with others.

One way of looking at this is to think of a cocktail party in which there is a crowd (the bosons) and newcomers (the matter particles).

Imagine what happens when a complete stranger enters the party and walks across the room. Only a few people will know him and come up to him, so he is able to walk across swiftly without much hindrance.

But what happens when a celebrity comes in?

The people cluster around the VIP, and it takes him longer to cross the room — in terms of physics, this particle has more mass.

“The idea is that particles bump into Higgs Bosons all the time, and this contact is what slows them down and gives them mass,” said French physicist and philosopher Etienne Klein.

The Higgs Boson is named after a British physicist, Peter Higgs, who proposed its existence in a paper to the journal Physical Review Letters in 1964.

Higgs got his idea while walking one weekend in Scotland’s Cairngorm Mountains. On returning to his lab, he declared to his colleagues that he had just experienced his “one big idea” and had an answer to the enigma of how matter got its mass.

The Higgs has become known as the “God particle,” the quip being that, like God, it is everywhere but very elusive.

In fact, the origin of the name is rather less poetic.

It comes from the title of a book by Nobel physicist Leon Lederman whose draft title was “The Goddamn Particle,” to describe the frustrations of trying to nail the Higgs.

The title was cut back to “The God Particle” by his publisher, apparently fearful that “Goddamn” could be offensive.

The prize this year has been awarded to Germany’s Benjamin List and David MacMillan from Scotland, based in the US.

The Nobel Committee stated that the duo were awarded the prize “for their development of a precise new tool for molecular construction: organocatalysis”. The committee further explained that this tool “has had a great impact on pharmaceutical research, and has made chemistry greener”.

Their tool, which they developed independently of each other in 2000, can be used to control and accelerate chemical reactions, exerting a big impact on drugs research. Prior to their work, scientists believed there were only two types of catalysts — metals and enzymes.

The new technique, which relies on small organic molecules and which is called “asymmetric organocatalysis” is widely used in pharmaceuticals, allowing drug makers to streamline the production of medicines for depression and respiratory infections, among others. Organocatalysts allow several steps in a production process to be performed in an unbroken sequence, considerably reducing waste in chemical manufacturing, the Nobel committee at the Royal Swedish Academy of Sciences said.

The Nobel committee gave more information in a press release as to why List and MacMillan were chosen: “Organocatalysis has developed at an astounding speed since 2000. Benjamin List and David MacMillan remain leaders in the field, and have shown that organic catalysts can be used to drive multitudes of chemical reactions. Using these reactions, researchers can now more efficiently construct anything from new pharmaceuticals to molecules that can capture light in solar cells. In this way, organocatalysts are bringing the greatest benefit to humankind.”

“I thought somebody was making a joke. I was sitting at breakfast with my wife,” List told reporters by telephone during a press conference after the prize was announced. In past years, he said his wife has joked that he should keep an eye on his phone for a call from Sweden. “But today we didn’t even make the joke,” List said. “It’s hard to describe what you feel in that moment, but it was a very special moment that I will never forget.”