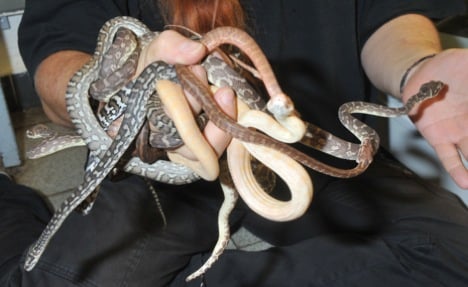 According to police, three Chinese guests smuggled the animals to their room in their luggage. Hotel employees contacted police on Friday evening after the trio had struck them as suspicious.

The police then searched the luggage and found the animals still alive inside.

Police do not yet know whether the reptiles and amphibians were rare or poisonous species. “Cologne zoo has taken them in for now,” a police spokesman said.

The three Chinese people were arrested, but were later released after paying a four-figure bail. “We’re assuming they were animal dealers,” the spokesman said.

Police are now investigating how the animals were smuggled into Germany.