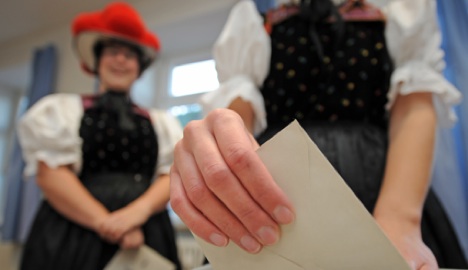 But the wording of the referendum is confusing. A yes vote means no to the project, Focus magazine reported.

Voters are being asked whether the Baden-Württemberg government should stop financing the project. A yes to that question means a no for the project. If you check off the no box, that means the government should not cancel its contract with the rail project for state financing, and Stuttgart 21 should continue to be financed with state euros.

But both those for and against the project don’t appear to be disturbed, as they’ve made it clear to their constituencies for weeks how to vote.

“It’s of course not an elegant solution,” a spokesperson for the group Pro Stuttgart 21 told the magazine. He would have preferred that residents vote on the project and not whether the state government should cancel its contract to finance it, but the group has instructed voters for weeks to say no to the referendum.

Similarly activists with Robin Wood Stuttgart, a group opposing the massive rail project, have been telling their followers to vote yes, Focus said.

About 7.6 million voters have until 6 pm Sunday to cast their ballot. Should one-third of them, or around 2.5 million, vote to end state financing of Stuttgart 21, then the state government could terminate its support for project. The German railway operator Deutsche Bahn has already said it will ask for €1.5 billion in compensation should that occur. But rail authorities are not expecting Stuttgart 21 opponents to get enough support for that to happen.