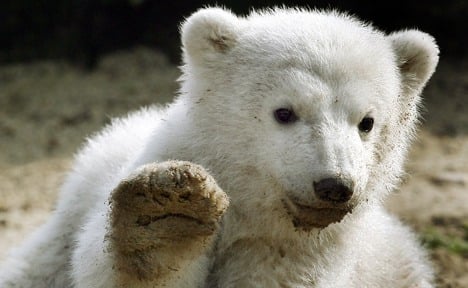 Berliners loved Knut, a cub rejected by his mother and brought up by a zookeeper at the German capital’s zoo. But they apparently aren’t clamoring to come up with an homage to the furry star.

A competition to design a memorial to the bear has drawn a only single entry by a seven-year-old girl, according to the BZ daily. The bear died unexpectedly earlier this year at age four.

Not a single professional artist has sent an idea to the association behind the competition, said Thomas Ziolko, the group’s chief. He’s calling on interested artists to get their ideas to him. The competition’s deadline is Dec. 20.

Competition details are available at the associations’ website: vwww.freunde-hauptstadtzoos.de

If everything goes as planned, the Knut memorial, set to be located next to the bear’s former enclosure, can be seen by the public next spring.