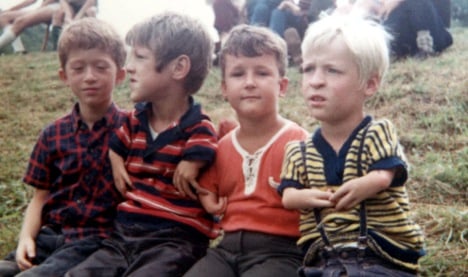 There will be a demonstration in the centre of the German capital and events organized by various thalidomide survivor associations in an effort to raise the awareness of one of the biggest medical scandals of the 20th century.

In 1957, German pharmaceutical company Grünenthal, based near Aachen, had high hopes as they launched their new “wonder drug” thalidomide, which could cure pain, act as a sleeping aid, and relieve nausea with supposedly few side effects. It was marketed in Germany under the brand name Contergan.

It was the anti-emetic qualities, however, that lead the drug to become popular with pregnant women suffering from morning sickness. Between 1957 and 1961, doctors around the world were prescribing liberal doses of thalidomide, unaware of the effects it would have on unborn children.

Speaking to the press on Thursday, Alfonso J. Fernandez Garcia from a thalidomide support group in the German state of Hesse held up an original packet of the drug with his deformed arms. “This little thing looks so harmless,” he said. “But we are still waiting for just compensation and an apology for the damage it has done.”

The inconspicuous tablets, advertised as being “as harmless as a boiled sweet” by family-run Grünenthal, caused serious internal and external deformities in over 10,000 children worldwide, including some 7,000 in West Germany.

By 1960 Grünenthal were receiving reports of not only deformities, still birth, and miscarriage, but also nerve damage in older recipients of the drug. Such complaints were met with fervent advertising, and according to research published by thalidomide associations in Hamburg, Hesse and Berlin-Brandenburg, a widespread effort to hush doctors and the press.

It was only when the extent of the damage caused by thalidomide was exposed in German newspaper Die Welt am Sonntag, that Grünenthal withdrew production of the drug on November 26, 1961. Just one day after the article’s release.

“To me, the fact that a day after the Welt am Sonntag article the drug was taken off the shelves, signals both a scandal and a catastrophe,” said Fernandez Garcia.

In the four years that the drug was in circulation, the damage was immense. Around 4,000 babies died either at birth or during infancy, and those who lived were often disabled for life.

Doctors were confused and horrified by the wave of children with small misshapen arms, legs, and damaged internal organs that were being born to healthy parents. They predicted a short lifespan for thalidomide victims and at that point, few thought a child affected by the drug would live to middle age.

Nevertheless, 50 years on and there are 2,800 victims still alive in Germany. Many have suffered lifelong pain, both physically through nerve damage, as well as mentally through distress from social stigma and employment difficulties.

“We’re living the second (thalidomide) tragedy; our survival” Fernandez Garcia said. “We are alive, but what is ‘life’ for us?”

Faced with mounting medical bills, life as a victim of Grünenthal’s “wonder drug” can be grim. Many are too disabled to work, or struggle to find a job at all.

Currently, victims receive monthly payments from the state thalidomide foundation ranging from €250 to €1,127 depending on the level of disability. Since 2009, an annual supplement of up to €3,680 has also been available. However, various thalidomide advocates estimate the total cost of damages to be around €8 billion.

Grünenthal has made two main donations to the fund since it’s founding – 114 million Deutsche marks in 1972, then €50 million in 2009. The company’s annual turnover is around €800 million.

“We are not just fighting for us; we’re fighting for our parents, many of whom are still alive and living with an enormous, permanent guilt. And all because of one single pill,” said spokesman for the Hamburg thalidomide association Gernot Stracke. Both he and his sister were disfigured by Thalidomide.

Grünenthal spokesman Frank Schönrock told The Local the company was “infinitely sorry” for the suffering it had caused.

“Through meeting with those affected, we are aware of their difficult situation,” he said. “We can, therefore, fully understand why thalidomide victims want to raise awareness about it.”

“We have set up an initiative that offers the quick and unbureaucratic help that can’t always be offered by social services – for instance modifying a bath tub to make washing easier,” he said.

However, many thalidomide victims across Germany believe that the current financial support offered is not enough.

“It’s difficult to say what would be an appropriate amount of compensation,” said Dr. Carla Wesselmann, representative for the Berlin-Brandenburg thalidomide association. “One million (euros) per victim is a lot, but it would be along the right lines.”

“Grünenthal became a (big) company through the sale of thalidomide,” Wesselmann said. “In developing the drug, they incurred the responsibility for its damage.”

The demonstration for thalidomide victims in Berlin on Saturday will begin on Pariser Platz, near the Brandenburg Gate at noon.