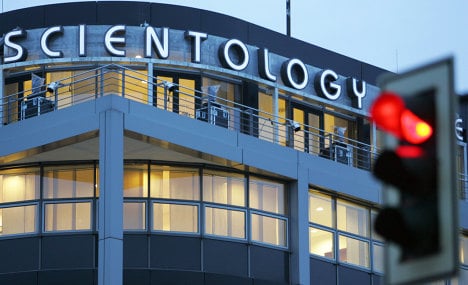 Pirate Party leaders have confirmed that a number of applicants from North Rhine-Westphalia had been refused membership because of their known affiliation with Scientology.

Scientology, which calls itself a religion is not recognised as such in Germany, but is considered anti-constitutional and potentially subversive by authorities. The group’s members are monitored closely by domestic intelligence officials.

The Pirates are “aware of the alleged involvement of members of the Scientology organization,” said party deputy chairman Bernd Schlömer. There are no known cases outside of North Rhine-Westphalia.

A spokeswoman for the Church of Scientology in Düsseldorf said Scientologists made their own decisions on which parties to join and if they had become involved with the Pirates, “it was in no way initiated by us.”

Schlömer said that the Pirates’ regional blocks made party admission decisions, although it could be decided in December whether there should be nationally controlled criteria that could automatically exclude Scientologists.

Such a determination could conceivably apply retroactively, according to the Süddeutsche Zeitung.

A national Pirate spokesman told the Süddeutsche that in general, party members view religion as a “private matter,” but some Pirates have been calling online for a ban on Scientologists joining the party.

Pirates in North Rhine Westphalia have been particularly vociferous, charging online that there was “very clear evidence of active Scientologists among new members.”