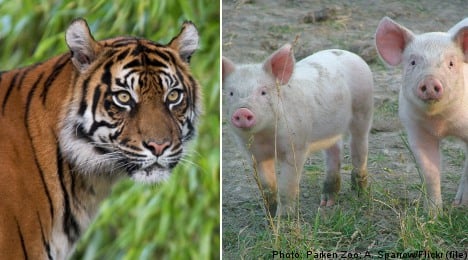 The Parken Zoo in Eskilstuna in eastern Sweden has made a name for itself as a haven of rescue for animals from across the world with a focus on wild, endangered species.

In order to aid this operation, the zoo offers the opportunity to sponsor individual animals at the zoo.

“We see our sponsors as a very important part of this preservation project, and we’re very clear on our website that their money will go towards those animals,” Helena Olsson at the zoo told The Local on Wednesday.

Olsson explained that the park has always had a very open attitude towards the public about the activity in the zoo, and that throughout the 15 years that people have been able to sponsor animals, they’ve never received complaints like this.

“I think it’s very sad that this has happened.”

She also stressed that pigs are not an endangered species, and that it’s part of the everyday running of a zoo to send superfluous animals to slaughter. The piglet in question was one of a group of about 20 that were killed to be use for food for the tigers.

“Our predators are carnivores, and we think it’s great if we can return the pigs, who’ve lived a heavenly life in the park, to the circle of life,” Helena Olsson told the Expressen daily of the piglets’ fate.

In line with the park’s routines, the sponsors of the Parken Zoo’s animals were only informed that the piglets were no longer alive, after they had already met their maker.

Olsson was unable to comment on whether the zoo in the future would consider informing sponsors in advance of their adopted animals’ demise.

She furthermore argued that the news has been blown out of proportion and ruled out consulting sponsors over how to manage the livestock at the zoo, underlining that there are strict guidelines to be adhered to. 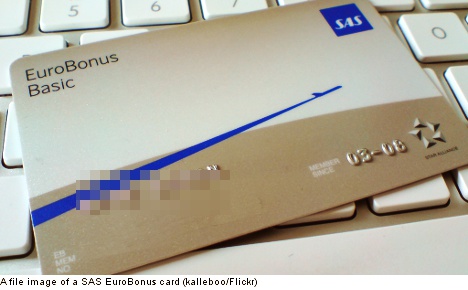 With roughly a month left until Christmas, worried SAS customers wonder if the company will last that long, and whether or not they will be able to use their EuroBonus points to purchase the perfect holiday gift.

“I believe in Santa Claus and in SAS, so I signed up for the EuroBonus Christmas calendar,” tweeted Sasha Vincic, one of 2.8 million EuroBonus customers.

Not only does a festive season calendar still have pride of place on the EuroBonus website, there is little to indicate that customers’ points may expire anytime soon.

“Stay calm! You’ve got several years left,” the website reads, explaining that all points in the EuroBonus system remain valid for four years after being earned.

Customers who have bought SAS flights with air miles could also be affected should SAS fail to avoid bankruptcy, a prospect which still hangs in the air despite the airline succeeding convincing eight union groups to sign on to a massive savings package on Monday.

“If you have bought a flight with SAS one should assume that the flight is cancelled and you cannot reclaim the money,” legal expert Katarina Karlsson with the Swedish Consumer Agency (Konsumentverket) told The Local, but added that talking about a SAS bankruptcy remains highly speculative.

However, should SAS go bankrupt, flights bought on credit cards would be covered by the issuing bank, while Karlsson urged customers who have used debit cards to check their conditions of use.

Some home insurance policies would also cover the expense, she said. However, flights bought using EuroBonus points could pose problems.

“Whether the miles will be refunded, depends on SAS partner airlines,” said Karlsson.

“It depends on how Star Alliance decides to solve the question.”

The German headquarters of Star Alliance, an alliance of 28 airlines including SAS and other industry heavyweights such as Singapore Airlines and Lufthansa, could not be reached for comment.

EuroBonus members are certainly important to SAS as they accounted for 41 percent of the company’s income according to its last annual report.

And a call from a gold member to the EuroBonus team on Monday morning was rerouted to a general number as its representatives were too busy to respond.

EuroBonus members have also taken to social media outlets to express their concerns and frustrations.

”I’m gonna be properly pissed off if I lose my EuroBonus points. It’ll destroy my plans to go to Canada in the spring,” read one tweet on Monday, that also included an offensive hashtag.

A SAS spokesperson told The Local the company was fielding questions about EuroBonus on all channels – by phone, on Facebook, via Twitter – but said the company’s intention was to “keep flying”.

She said that no plan of action for an eventual bankruptcy would be made public.

On Twitter, user Trond H. Bendikten injected a bit of ironic critique into the debate.

”The worst thing if SAS goes bankrupt is all the people who’ll lose their EuroBonus point. The 15,000 people who will lose their jobs, they can just get new ones…”