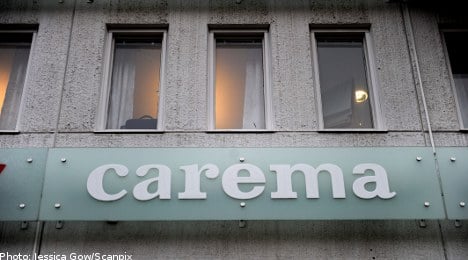 According to Anna Wikberg, manager of Norshöjden, this was due to the home switching dietician and physiotherapist recently.

“Now we’ve found a solution, but this sort of thing can happen when someone quits,” she said to DN.

An intern working at Korsnäsgården this spring revealed the incident with the dying man left alone, despite severe pain and fear of death.

“This can’t be allowed. A person shouldn’t have to die alone, with the TV as last company. Extra staff has to be put in,” said the intern to DN.

“The management is suggesting that the death occurred rapidly and unexpectedly, but that isn’t true. He was pumped full of morphine, which is only done if the person is dying,” said the intern.

Korsnäsgården responded to this criticism by accusing the intern of breaking confidentiality, and manager Helene Sundgren is unwilling to comment further on the matter.

Over the past couple of weeks, several Carema-run homes have been revealed to have significant flaws, from unchanged diapers to poor working environment. The scandal has led to raised voices for tightened quality control of elderly homes. 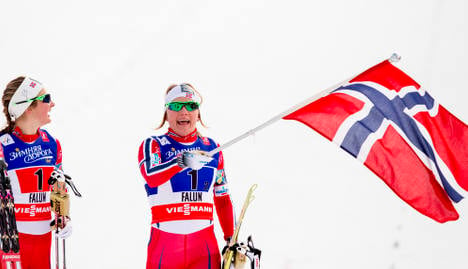 Maiken Caspersen Falla cheers with Ingvild Flugstad Østberg (left) after winning the final in freestyle team sprint for women at Lugnet ski stadium in Falun Sunday. Photo: Vegard Wivestad Grøtt / NTB
Five days into the competition, Norway has taken 11 medals, with Germany, the runner-up, on five and Sweden on three.
And while Norway has won six golds, Sweden has won none.
“This is unfortunately bad news,” said Lund, who for 20 years managed sponsorship for DNB bank. “Nobody else besides Norwegians can be bothered to watch a sport where Norway wins almost everything.”
He said that the Norwegian Ski Federation is at the moment able to massively outspend its counterparts in other countries, giving Norway a near unbeatable edge, which in turn meant more sponsorship money coming to Norway.
“It ensures that Norway will continue going forward to have far more resources than the competition,” he said. “But it is obvious that this also increases the risk that other nations will give up and throw in the cards.”
As German viewers lose interest in the competition, big international companies such as BMW, Milka and Ruhrgas will see less and less reason to back the sport he warned.
“The worst for the international sponsors is if the media in other countries loses interest,” he said. “European sponsors will not pay for something that is not being shown on TV.”
In the run-up to the World Cup, there were already discussions on whether limits should be imposed on how much financial support each skier can benefit from, as a way to cut down the Norwegian advantage.
Url copied to clipboard!