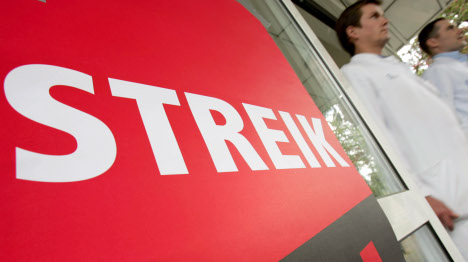 “Both sides budged (on the issue),” said Hartmut Möllring, head of negotiations for the wage commission of the federal states (TdL).

He said the agreement involved a 3.6-percent pay increase for university clinic doctors, plus a one-off payment of €350. The doctors’ union Marburger Bund (MB) had originally demanded a salary bump of 5 percent.

But MB head Rudolf Henke spoke of a “reasonable compromise” that would yield real improvements for doctors.

The new wage contract is effective immediately and is valid for 20 months. As of next year, doctors on night shifts will earn a bonus of 20 percent, instead of additional pay of €1.28 per hour.

The agreement affects thousands of doctors around Germany, except those in the states of Berlin, Brandenburg, Bremen, Hamburg, Hesse and Rhineland-Palatinate.

The MB had announced that talks with TdL had failed in late September, after five rounds of pay negotiations. More than 97 percent of the union’s members voted for industrial action.

The strike had been due to start on Monday.