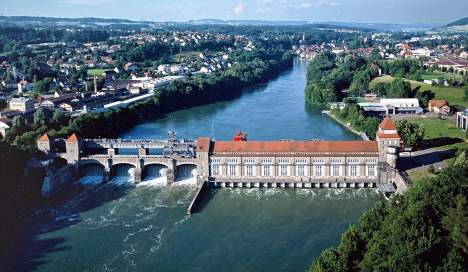 Citing documents from the economy ministry, the news magazine said the government was currently holding consultations on the shutdown issue, which could result in an across-the-board blackout.

Major frequency fluctuations in the power grid can overburden older renewable power plants, causing them to switch off. At risk are facilities whose combined energy output totals more than 20 gigawatts, or the capacity of about 20 mid-sized nuclear power plants.

About half of these plants go offline automatically when frequencies in the grid rise above 50.5 hertz or fall below 49.5 hertz. The rest can withstand a range of 49 to 51 hertz.

Though extreme frequencies of 50.5 or 51 hertz are extremely rare, the sub-working group in the German economy ministry says preparations are still needed, according to Spiegel.

If renewable plants, which now account for over one-fifth of the German power supply in some months, were to simultaneously go offline, disruptions to factory production alone would cost billions of euros.

The energy flowing into the grid could drop by several gigawatts. Meanwhile, Europe’s network is only equipped to handle outages of three gigawatts.

The cost of a similar project, which will steel 315,000 solar power systems against variations, has been estimated at between €65 million and €175 million.

Ultimately, consumers will have to shoulder the bill for modernisation work on wind power, hydropower and biogas facilities – though there are no estimates yet on how much those upgrades might cost.