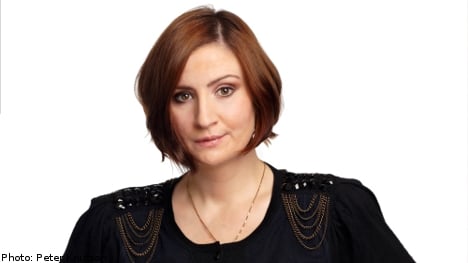 “The Greek government has now received support at a critical state. There are no shortcuts or miracle cures, but hard reform work awaits Greece to get back on their feet,” Ohlsson wrote in an e-mail to the TT news agency, regarding the outcome of Greece’s parliament vote.

She thinks that the EU must continue to set high standards for Greece, so that it actually carries out the reforms as promised.

“To avoid a disorderly bankruptcy at the risk of domino effects is in everyone’s interest. This would be a direct threat even to the Swedish economy,” Ohlsson said.

Papandreou, who has led Greece during the two year’s of its deepening debt crisis, is expected to begin talks Saturday on the formation of a coalition government, though it was not immediately clear if he would lead it.

Friday night’s vote of confidence from parliament with an eight-vote margin followed a turbulent week after Papandreou demanded a referendum on last week’s crisis settlement with the European Union. He later retracted that call after both Germany and France declared such a move to be the same as Greeks voting to remain in the euro zone or not.

Despite the marginal win, there is concern with a coalition government in Greece and questions persist regarding how long Papandreou will lead the southerly nation as he pushes the government to accept the recent international bailout package it has been offered.

“I would say that there is continued political uncertainty in Greece, based on what we know here and now,” Robert Bergqvist, chief economist with SEB bank, told TT.

But, Jan Häggström, chief economist at Handelsbanken, believes the situation has cleared somewhat due to the opposition party’s turn toward enforcing restraint in Greece.

“The most important point is that the opposition has swung. Previously, it held a more populist stance,” Häggström said to TT.

According to the Greek government, the state has cash to cover its expenses until mid-December.

The international bailout package, brokered on October 26 and worth hundreds of billions of kronor, would erase half of what Greece owes and includes funding from the public sector to help pay off some of the remaining debts. It also requires Greece to slash government jobs, reduce pensions and privatize some businesses.