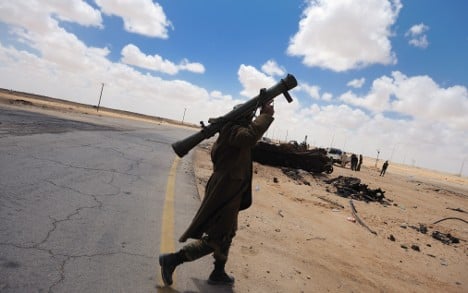 It is thought that thousands of assault rifles, anti-aircraft missiles and missiles armed with chemicals are currently in circulation in Libya, following the civil war that ousted dictator Muammar Qaddafi earlier this year.

The Organization for the Prohibition of Chemical Weapons (OPCW), based in the Hague, Netherlands, is currently assembling a team to find and secure Libya’s chemical weapons.

The UN resolution was initiated by Russia, which was long one of Qaddafi’s main arms suppliers. Moscow is said to be particularly concerned by Manpads, small anti-aircraft weapons that can be carried on the shoulder. Similar types are also known as Stinger or Strela missiles.

According to the UN, no country in the world – other than manufacturing countries – has as many Manpad missiles as Libya.

“There is a big danger that these rockets could fall into the hands of terrorists,” the Russian representative said at the UN Security Council. “We fear that they could be used against passenger aircraft.”

The resolution calls on the Libyan government to “secure the weapons and control them reliably.”

NATO’s military mission in Afghanistan officially ended on Monday. The Libyan National Transitional Council has promised to hold democratic elections in the next eight months.