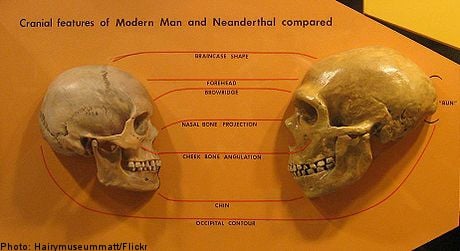 The study shows that the sexual interaction, between Archaic homo sapiens who lived in the period beginning 300,000 years ago, occurred to a greater extent than previously thought, shedding light on the history of modern humans.

The Swedish study, published in the journal Pnas, presents evidence that south-east Asian and southern Chinese have genes from the Denisovans, who were an Archaic peoples.

“It is a little controversial. But we have made use of more powerful methods than those used for before,” said Mattias Jakobsson, one of the researchers at Uppsala University, told the local Uppsala Nya Tidning daily.

Previous studies have indicated that modern humans outside Africa have some genetic similarities with Neanderthals, and that Australian Aboriginals and residents on the island of New Guinea have common genetic traits with Denisovans.

The new study thus shows that genetic traces from the Denisovans can also be found in residents of the mainland Asian continent.

“This shows that Archaic and modern humans were not as isolated as was previously thought,” said researcher Pontus Skoglund to the newspaper. “Together with previous studies this indicates that our genetic inheritance is a mosaic of from various pre-historic populations.”

Little is known about the Denisovans, who are named after a find in the Denisova Cave in Russia in 2008.

The anatomical features of the Denisovans remains unknown as the only physical remains hitherto found are a fingerbone and tooth.