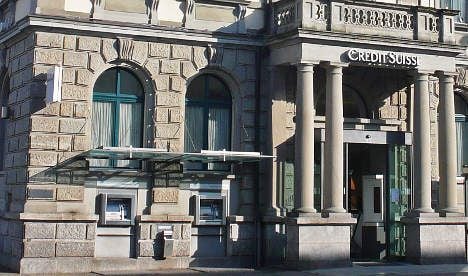 As the group employed 50,700 people at the end of September, its latest cost-cutting programme would see a reduction of about 1,500 jobs.

The group did not specify the departments targetted for cuts, but said it hoped to save 800 million francs by 2013 from the reductions.

This marks the second round of cuts in just over three months. At the end of July, the group said it would slash 2,000 jobs due to the difficult market environment.

However, Credit Suisse said on Tuesday that it was planning to invest in the faster-growing emerging markets of Brazil, Southeast Asia, China and Russia.

Investment banking posted a loss of 190 million francs, while asset management recorded a 32-percent plunge in profit before taxes.

Private banking recorded a drop of 78 percent from a year ago, as the bank set aside massive provisions for two tax litigation cases.

They include a €150-million (183-million-franc) settlement announced in mid-September to end a probe by German authorities into whether the bank helped Germans to evade taxes.

Another 295 million francs have been set aside for a similar probe in the United States.

“We believe subdued economic growth and the low interest rate environment and increased regulation that we are seeing may persist for an extended period,” said Brady Dougan, chief executive officer of the bank.

“We may well continue to see continued low levels of client activity and a volatile trading environment,” he said, adding that the group was “well-equipped” to deal with the environment.