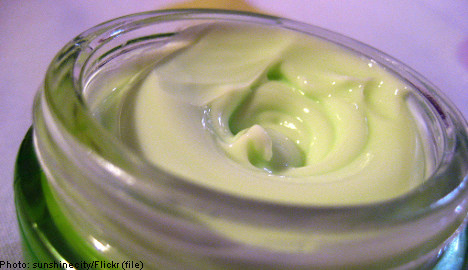 ”Consumers must be able to trust advertising, even when it comes to beauty products. We want to put a stop to these kind of exaggerations,” said Gunnar Larsson of the Swedish Consumer Agency (Konsumentverket) in a statement.

The court ruled that the company should not be allowed to claim that its beauty creams can reduce or remove wrinkles if they can’t scientifically prove that the creams actually do so.

“The verdict is a great success and a guide for all companies that market beauty creams. It has now become clearer what one cannot claim either, in writing or through images in advertising,” Agneta Broberg, deputy consumer ombudsman said in a statement at the time.

In addition, the court said it would fine L’Oréal Sweden 1 million kronor ($143,000) if it does not comply with the ruling and ordered L’Oréal to pay 226,400 kronor in KO’s legal costs, of which 181,400 kronor concerned fees, in addition to interest from the date of the verdict until payment is made.

However, since then, the consumer agency has reviewed the company’s adverts and found that the prohibited marketing is continuing online, they said in a statement on Monday.

According to the consumer agency four anti-wrinkle creams are marketed with claims that are in breach of the Market Court’s ruling.

In the advertisement the company claims that ”The effective formula helps tightening the skin and ‘fill out’ the wrinkles from within”, that ”The skin is visibly firmer and the contours of the face more prominent, as if they had been re-sculpted” and that the cream ”Helps strengthening the fibroblasts to stimulate collagen and elastinfibre production in the skin. The skin becomes firmer and wrinkles are reduced”.

However, according to the agency, these claims are exaggerated, and the ombudsman is demanding that the company should be fined for continuing to act in breach of the ruling from last December.

”I am sincerely hoping that the district court will send a strong signal to L’Oréal that it is not OK to mislead consumers,” Larsson said.

“L'Oreal champions diversity,” the beauty brand said on Twitter. “Comments by Munroe Bergdorf are at odds with our values and so we have decided to end our partnership with her”.

L'Oreal had tapped Bergdorf — a 29-year-old model, DJ and trans activist whose father is Jamaican — as one of the five newest faces of its #allworthit campaign to introduce the five new shades of its True Match face makeup.

The foundation make-up boasts 28 unique shades ranging from very light to dark brown in a bid to match the myriad different skin tones and textures of people worldwide.

According to British Vogue, Bergdorf was the first transgender woman to be featured in a L'Oreal Paris UK campaign.

But controversy erupted when Bergdorf took to Facebook in a now-deleted post to react to events in the US city of Charlottesville, where a woman was killed on August 12th after an avowed white supremacist rammed his car into a group of anti-racism counter-protesters.

“Honestly I don't have energy to talk about the racial violence of white people any more. Yes ALL white people,” Bergdorf wrote, according to copies posted in British media.

“Once white people begin to admit that their race is the most violent and oppressive force of nature on Earth… then we can talk,” the model reportedly wrote.

L'Oreal told British media it “remains committed to celebrating diversity and breaking down barriers in beauty”.