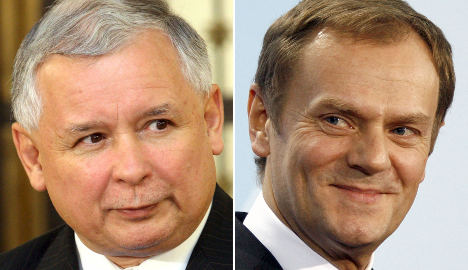 In a rare commentary on a foreign election, Foreign Minister Guido Westerwelle, who had criticised Polish opposition leader Jaroslaw Kaczynski for claiming during the campaign that Germany aimed to again subjugate Poland, said the poll had reaffirmed bilateral ties.

Without naming the winner, Prime Minister Donald Tusk’s centrist Civic Platform party, Westerwelle said: “One can say based on the projected result that Poland voted for Europe and that is also good news for us as German neighbours.”

A foreign ministry spokesman added that the result showed that the attempt to “stir up anti-German sentiment during the campaign was patently unsuccessful”.

The spokesman added that Westerwelle saw German-Polish ties as a top priority of his foreign policy and would visit Poland this week.

Kaczynski, who heads the conservative Law and Justice party and was Poland’s prime minister in 2006-2007, wrote in a new book that Merkel “represents the generation of German politicians who want to rebuild German imperial power.”

“A strategic axis with Moscow is part of that and Poland can only be an obstacle to it,” Kaczynski said in “The Poland of Our Dreams.”

He also insinuated that the despised Stasi intelligence service of communist East Germany, where Merkel grew up, somehow orchestrated her rise to power.

Westerwelle said last week that he was confident Kaczynski did not speak for most Poles.

Near-complete results showed Tusk’s Civic Platform obtaining 206 seats in the country’s 460-member chamber, down from 208 in the outgoing parliament.

Junior coalition partner the Polish People’s Party scored 30, down from 31. The combined 236 seats were three less than the coalition’s previous majority.

PiS, led by Kaczynski, obtained 157 seats, improving on its previous score of 146.