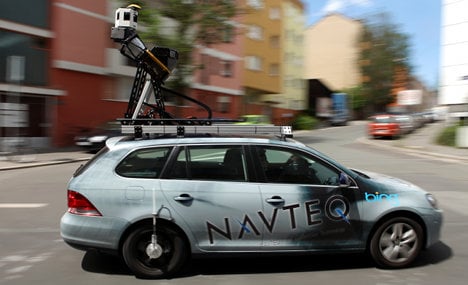 This time last year, 244,000 Germans had demanded their homes be removed from the Street View service. But Microsoft has received fewer than 90,000 such requests so far. It plans to launch the service throughout Europe, including Germany, by the end of the year.

“Compared with other services, the acceptance of our service is great,” Microsoft spokeswoman Dorothee Ritz told the Süddeutsche Zeitung in a statement, citing a “growing appreciation for geo-data services.”

Another explanation might be that Streetside has generated far less of a buzz than Street View did when it expanded its service to Germany last year. Or that Microsoft has been more proactive in promising to protect Germans’ privacy.

Earlier this year it promised to make it easy for people to request their homes and property be blurred out online. It also delayed the introduction of the service.

In 2010, German government and media figures expressed concern that Street View was a major infringement on people’s privacy rights.

It subsequently emerged that Google had been inadvertently been sucking up personal data via wireless internet networks on its Street View expeditions – a violation of German law.

Eventually Google said it was no longer sending its camera cars out in Germany, although the company left open the possibility that it would return in the future.

Microsoft has been taking pictures on German roads since May of this year and this month is in several cities, including Berlin and Düsseldorf, the Süddeutsche reported.