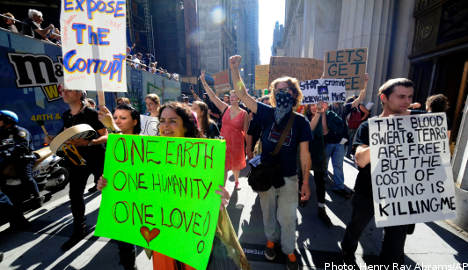 Currently, protest events are in the makings in 1,060 cities worldwide, according to the unofficial website Occupy Together, a number which is constantly increasing.

Sweden is one of the places where a demonstration is being planned. The protest is to be held on central city square Sergels Torg in Stockholm, on Saturday October 15.

Gbowee expressed her admiration for the Wall Street-critical protests that are spreading across the world, describing them as “an indication that people will no longer sit down and just take it,” wrote the New York Times.

However, Gbowee also emphasized how important it was for protestors to have a clear goal, and to stick to it, reported TV channel al-Arabiyya, among others.