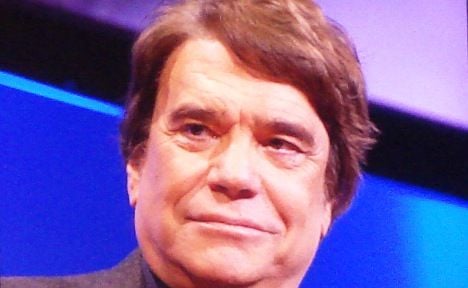 “The precise extent of ownership that Groupe Bernard Tapie may acquire remains to be finally determined, but the Groupe does intend to acquire a controlling interest,” Tapie’s lawyer Behnam Dayanim said in an email late on Monday.

Tapie’s son Laurent Tapie “would be directly involved” in running the company, he added.

The French investors have made Full Tilt Poker’s settling its legal problems with the US Justice Department a condition of their investment.

In September, the US attorney’s office for Southern Manhattan accused the online poker business of stealing $440 million from players around the world in a Ponzi scheme used to pay lavish fees to board members.

Full Tilt “defrauded players by misrepresenting that their funds on deposit in online gambling accounts were safe, secure, and available for withdrawal at any time,” it said.

Full Tilt Poker was first sued by US authorities in April as part of a broader crackdown on online gambling, which the Justice Department says is illegal. The suit was revised and refiled on September 20 to include the Ponzi scheme accusation.

Full Tilt is said to owe more than $300 million to its customers, thousands of online gamblers across the globe.

Last week the Tapie group said that if talks progress it could take a minority stake of 5-10 percent in the business.

According to Dayanim, one way to deal with the money owed to players would be to offer some of them equity in the company instead.