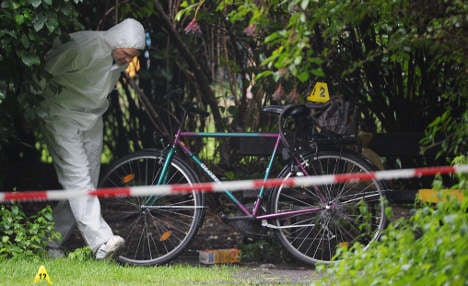 One bomb was left in shopping bag by a park bench in the Wedding district of the capital this August, exploding in the face of a landscape gardener when he opened it.

Detective work on pieces from the bomb led investigators to identify the bits as having been bought from a particular hardware shops, according to Berlin newspaper the BZ.

They then traced the man – named only as Stephan S. – who had been customer at all the relevant shops. He was arrested on Thursday at a car-parts shop where he worked.

Officers who searched his flat found nearly 1,000 other elements which could be used to make more bombs, some of which were already partly-built. They also found a small quantity of explosive, the BZ reported.

“We reckon that he would have planted another bomb in the near future,” said Oliver Stepien from the intelligence services which were also involved in the investigation. They think he was not only responsible for the bomb in the shopping bag, but also another which blew up in June 2007, and a third which was discovered on the bank of a canal.

The man, said to be German of Afghan extraction, has not spoken to detectives since his arrest. “But we can rule out a political or religious background,” said public prosecutor Martin Steltner. He said the man, who had no police record, was suspected of attempted murder and grievous bodily harm.