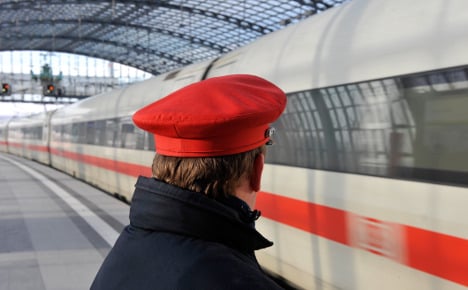 The 43-year-old from Wiesbaden died on the way to hospital after the incident at Rüsselheim Opelwerke station where he and two friends had been waiting for a train home.

A police spokesman said the three men had taken a local train from the stadium – but had got off early at the Rüsselheim Opelwerke station because the 43-year-old desperately needed to relieve himself.

When they got to the station he had run to the end of the platform and jumped down into the train tracks to urinate. He was hit by the ICE as it drove through the station and was left seriously injured at the side of the tracks.

His friends called the emergency services immediately and the tracks were closed to trains for an hour to enable them to attend to him, but he died on the way to hospital.

The driver of the ICE suffered serious shock.