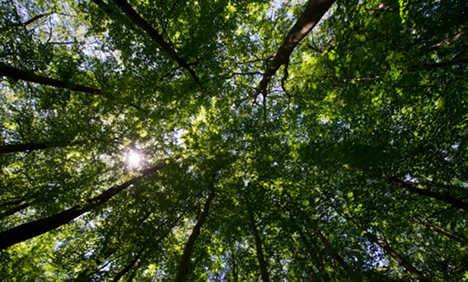 Police have spent weeks trying to identify the boy who says his name is Ray but insists he does not know anything else. He told them he and his father Ryan had been living wild, largely in woods, for the last five years – having abandoned society when his mother Doreen died.

When he found his father dead one day, apparently from a fall, he said he made his way to Berlin, walking for two weeks before he reached the city hall where he arrived on September 5 and asked for help.

He only speaks a little German, but is fluent in English – although experts have failed to ascertain whether he’s a native speaker – leading to speculation about where he might be from. He says he does not know.

The case has attracted international attention, with British newspapers particularly keen to find and identify him.

On Wednesday the Daily Telegraph newspaper reported that he was not interested in finding out who he was, citing Berlin police spokesman Thomas Neuendorf.

But Maaß told The Local the police could still release Ray’s photo to the public later this week or early next week.

Police and youth officials confirmed to The Local that Ray has been appointed a legal guardian in order to help make decisions for him. But they warned that they were trying to avoid exposing him to further publicity.

“We have decided we will not be making any more details about him public. This is in order to try to protect him,” said Angelika Schöttler, a spokeswoman at the youth protection office in the Tempelhof-Schöneberg district of Berlin, which has organized care and accommodation for the boy.

“We are concentrating on trying to work out his identity and on trying to do something for his future,” she said.