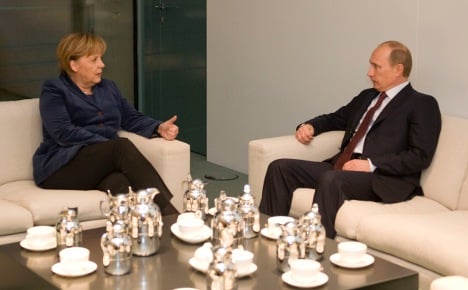 Government spokesman Steffen Seibert said, “From a German point of view, it would be very helpful if a sufficient number of election observers were allowed into the country.”

But he also made it clear that the “strategic partnership” between Russia and Germany was of primary importance, and would be used as the basis for a continued close cooperation with any successor to President Dmitry Medvedev.

The German government was again reserved about Prime Minister Vladimir Putin’s announcement that he would run for the Russian presidency in 2012. Putin announced his candidacy on Saturday in a bid to return to the top of Russian politics after constitutional restrictions forced him to step down after two terms in 2008.

Seibert said the German government had a principle of not commenting on decisions made by foreign political parties.

He added that Chancellor Angela Merkel had already said that she gets on well with the current President Medvedev, but that she would work well with any other democratically elected president.

If Putin wins the presidential election on March 4, 2012, as is expected, he could potentially govern Russia until 2024. Putin’s decision to run for an unprecedented third term in office – and to keep Medvedev as prime minister – is widely seen as evidence that he has been keeping his protégé in the post as a place-holder.

Putin is still very popular in Russia, and his United Russia party holds 315 of 450 seats in the parliament, the Duma.