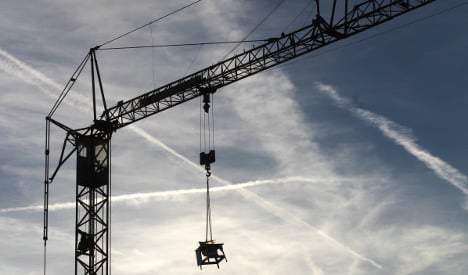 Ifo’s monthly index, based on a survey of 7,000 German companies, sank from 108.7 points to 107.5 points, the institute announced on Monday. That suggests business confidence is still falling, but some analysts had been expecting a two-point drop to 106.6 points.

The internationally-respected index has now dropped three months in a row, in the face of the ongoing debt-crisis in the eurozone and weakening growth. Economists usually see three consecutive negative results as a definite “trend” in economic development.

Ifo’s survey found that on average, 7,000 company managers in the construction, retail and industry sectors see their prospects for the next six months negatively, and also see the current situation as worse than before.

Ifo chief Hans-Werner Sinn said the “continuing favourable situation of companies shows that the German economy has so far managed to remain independent from political turbulence.”

But analysts were not so sure. “September’s modest decline in the German Ifo is a relief after larger falls in other survey indicators, but it remains clear that German economic activity is slowing very sharply,” said Jennifer McKeown, senior European economist at Capital Economics.

Carsten Brzeski, senior economist at ING Belgium, agreed. “Recent financial market turmoil and the never-ending eurozone sovereign debt crisis have befogged the outlook for the German economy,” he said. “The risks for the German economy have increased lately and today’s drop in the Ifo expectation component is a serious warning.”

Other economic indexes have delivered similarly poor figures recently. The latest index from the Centre for European Economic Research (ZEW) last week gave its lowest figures since December 2008. Many economists now fear that the world economy will shrink for the first time since 2009 in the fourth quarter of this year.

But the German Federal Bank and the Finance Ministry both maintain that Germany won’t fall into a recession. Most economic institutes are expecting a three-percent growth for the whole of 2011, but only one percent in 2012.