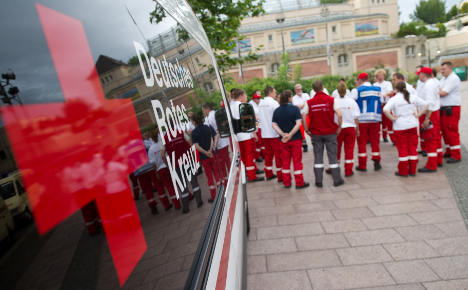 The Frankfurter Allgemeine Zeitung reported on Saturday that although Sweden, Poland and Belgium have fully privatised emergency ambulance services, Germany was lagging way behind.

Danish firm Falck established a German subsidiary soon after the European Courts of Justice ruled last April that contracts should be put out to tender. But despite having bid for three contracts, Falck has so far failed to get one, the paper reported.

Although its bid made to the Cologne authorities were rejected for being too expensive – 25 percent higher than the German Red Cross (DRK) – managers complain that there has been no notice of a new contract having been awarded.

“The highest European legal opinion is being completely ignored by various German states,” a spokesman for the firm said.

Volunteer- supported organisations which currently organise emergency response services, including the DRK, say competition between them for the contracts has already pushed costs down as far as they can go.

Yet they say that organisations such as the DRK, the Malteser and Johanniter, also offer added value as they not only provide professional rescue workers but also have the option to call in an army of volunteers should an incident require added help.

A number of municipalities are taking the responsibility for organising rescue services back, seeing that as the best way to guarantee quality, the FAZ said – even though this is generally more expensive. 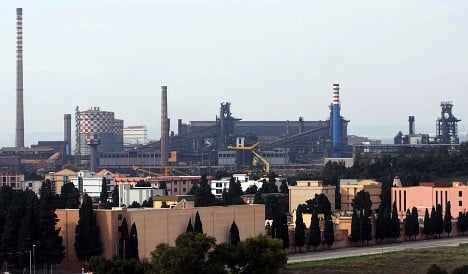 The loss-making Ilva steel plant, in Taranto, may be nationalised. Donato Fasano/AFP

The Ilva site at Taranto in the Puglia region of southern Italy has been under special government administration since last year after its owners were accused of failing to contain toxic emissions.

"We are considering whether we should intervene in Ilva with a public body," Renzi said in an interview published in the daily La Repubblica.

"We could put the company back on its feet in two or three years, protect jobs, protect the environment and then put it back on the market," he said.

The premier added that he would rather see the steel plant in private hands, but if no solution was found then "I prefer intervening directly for a few years".

International steel giant ArcelorMittal and Italy's Marcegaglia said earlier this week they had submitted a non-bidding offer to acquire Ilva's operations. The bid is being examined by Ilva's special commissioner.

No other offers have come in yet to save the steelworks, which employs 16,000 workers and has the biggest output capacity of any plant in Europe.

It is currently operating at roughly half of its peak production level of 11 million tonnes per year because of weak demand and chronic overcapacity in Europe.

A report by the European Environment Agency on Tuesday named Ilva as one of the 30 worst industrial plants for pollution in Europe.

Renzi is seen as desperate to secure some kind of future for Ilva against a gloomy economic backdrop of a contracting economy and stubbornly high unemployment. He has said he wants a solution for Ilva by Christmas.