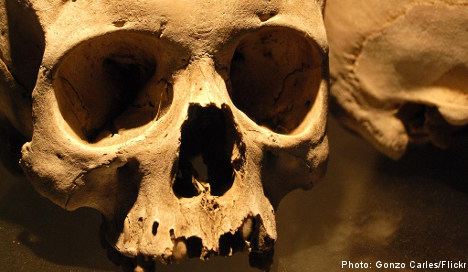 For about 50 years, the five skulls and two almost complete skeletons have been housed at the Osteoarchaeological Research Laboratory (OFL) at Stockholm University on behalf of the Karolinska Institute. They are now set to return home.

“We are prepared for these objects to be returned to their country of origin, and we’ve held them here in safe-keeping,” said university lecturer Jan Storå.

According to a letter sent from the Australian Embassy to the department of education, a request was made back in 2008 for archival provenance work to be carried out at the Karolinska Institute, to find any remains that could be traced to Australia.

“Australian government policy is to support the return of indigenous human remains to their communities of origin wherever possible,” Embassy representative Paul Stephens explained in the letter.

Similar requests have been made in the past, and in 2008 The Local reported that 32 individual remains of indigenous Australians had been returned to Australia from a slew of Swedish museums and universities.

The Australian Kauma Nation Cultural Heritage Association is now deciding on an appropriate delegate to travel to Sweden and collect the several centuries old remains and bring them back.