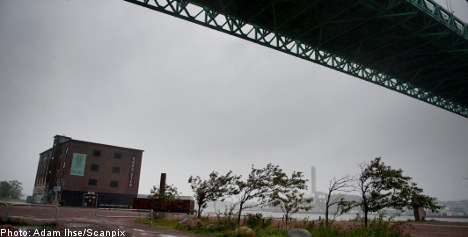 A search warrant of the mosque’s offices was requested by Agnetha Hilding Qvarnström, the deputy chief prosecutor of the Prosecution Office for National Security, in relation to the investigation into a suspected terror plot against the Röda Sten (Red Rock) art gallery last weekend

The charge was changed earlier last week to conspiring to murder and three of the four suspects were subsequently arrested.

Säpo’s press secretary Sirpa Franzen, would not comment further on the raid.

“However, we regret that we sometimes have to go into buildings with a religious connection. It has been done with the utmost respect and consideration to the congregation,” Franzen told local news Göteborgstidningen (GT).

According to reports, Säpo seized a computer belonging to a religious leader at the mosque to find evidence of the crimes against the gallery.

“It is important to us that we can dismiss or strengthen evidence concerning serious crimes,” Franzen told the GT.

The Bellevue mosque had become a place of interest after visits from several controversial religious leaders.

“Searches are done in an investigation to locate evidence. Anything that has to do with coercion is strictly confidential. It is not forbidden to search the office premises of a mosque,” said Qvarnström, who would not elaborate on the reason for the search and what evidence was gathered.

Police did not disclose any further information regarding the incident.