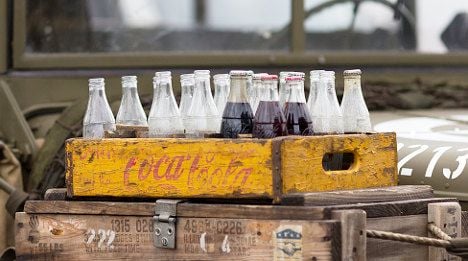 Prime Minister François Fillon announced the tax on August 24th as part of a range of austerity measures designed to deal with France’s swollen budget deficit.

Coca-Cola France reacted angrily, saying in a statement that the investment “must be re-evaluated in the context of uncertainty created by the tax.”

The company announced it was cancelling a visit of Coca-Cola’s global president, John Brock, to the site at Pennes-Mirabeau near the southern city of Marseille for the 40th anniversary.

“We want to make a symbolic protest against a tax that punishes our company and stigmatizes our products,” the company said.

Media reports talked of Coca-Cola wanting to “punish” France for the tax, which would bring in €120 million in extra revenues and lead to a one cent increase on a can of the drink.

Later on Thursday, the company made an about-turn, blaming its French division for a “communication error.”

“We regret the communication error made this morning by our French team, which spread confusion about Coca-Cola’s commitments in France,” Hubert Patricot, president of Coca-Cola’s European division, told news channel LCI.

“We confirm our investment of €17 million in our plant at Pennes-Mirabeau,” he said, also confirming that the 40th anniversary celebrations at the plant would go ahead.

Coca-Cola has five production sites in France and employs around 3,000 people. 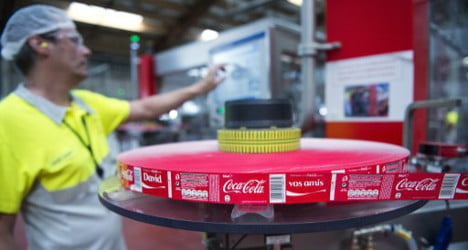 The company's Spanish subsidiary, Coca-Cola Iberian Partners, plans to shutter its plants in the northwestern Asturias region, the Balearic Islands, near Madrid and in southeastern Alicante, the union said in a statement.

UGT said it was seeking to negotiate with Coca-Cola to head off the closures, and would launch strikes and demonstrations to press its position.

The company, in a statement published in Spanish media, said it would try to place 500 of the affected workers in other positions, and offer the rest early retirement or attractive termination packages.

"The restructuring aims to gain efficiency and competitiveness, and to avoid duplication that could compromise the future viability of the company," it said.

Coca-Cola Iberian Partners, which currently has 4,000 employees on its books, was founded last year by merging the seven bottling companies in Spain owned by the US brand.