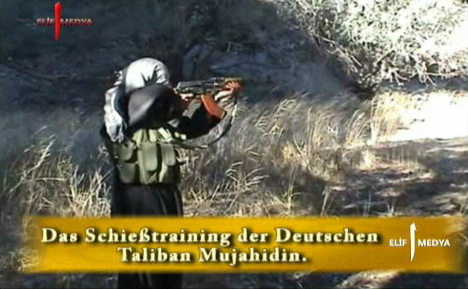 “We have almost 1,000 people who could be described as possible Islamist terrorists,” he told the Bild daily, adding that 128 could be considered ‘dangerous” and capable of committing attacks.

He said that around 20 of those had received training in camps associated with terror groups and that these individuals were under surveillance by the country’s security services.

Friedrich added that he thought there was little chance of a repetition of the scale of the terror attack on the United States on September 11, 2001 that brought down the twin towers of New York’s World Trade Center.

“We dispose of a wide range of modern security methods and we are investigating at the very heart of extremist networks,” he said.

The al-Qaida network, blamed for the New York attacks, has been diminished by the recent death of its leader Osama bin Laden but it still represented a threat, he added.

However, Friedrich estimated that the major danger was posed by individuals acting alone because they are more difficult to identify and track.

He was speaking after the opening in Germany last week of the trial of a 21-year-old man from Kosovo who said he was acting alone under the influence of Islamist propaganda when he killed two US soldiers who were heading to Afghanistan by way of Germany in March.

In her weekly address on Saturday, German Chancellor Angela Merkel said that the fight against terrorism has still to be won a decade on from the 9/11 attacks and defended Germany’s unpopular participation in the Afghan conflict Saturday.

“Osama bin Laden is dead, but terrorism has not yet been defeated,” Merkel said.

She also defended Germany’s military role in the conflict in Afghanistan where bin Laden and other al-Qaida leaders were based at the time of the organization’s attacks on September 11. 2001.

“We must be prepared to fight” to defend democracy, Merkel said, adding that Germany would continue the fight against terrorism alongside its allies.

Germany forms the third-largest contingent of foreign troops in Afghanistan, with some 5,400 soldiers in the north under NATO command, despite polls showing a strong majority of the public opposed to its participation.

The German parliament approved a 12-month extension of the unpopular Afghanistan mission in January, but with the proviso for the first time that troops start coming home from the end of 2011 if security allows.

Merkel also welcomed the wave of popular revolts against Arab regimes and said they were proof that “throughout the world people are fighting for freedom and want to build democracy”.

“Freedom and democracy are the best answers to terrorism and threats,” she said.