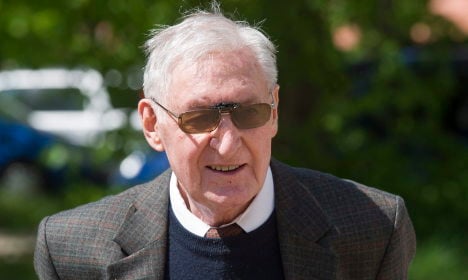 Merkel was due to put in a final campaign push with her fellow Christian Democrats ahead of elections in Mecklenburg-Western Pomerania on Sunday.

Kasner was a Protestant minister who directed a ministers’ college in the small town of Templin in northern Brandenburg. The head of the Maria-Magdalenen congregation there described Kasner’s death as a “huge loss.”

Angela Merkel grew up in Templin, in the former East Germany, as the oldest of three children. Kasner and wife Herlind moved there from Hamburg in 1954.

Kasner first visited the Reichstag building in Berlin when Merkel was confirmed as Germany’s first female chancellor in 2005. Commenting on his daughter’s achievement, Kasner said, “It’s not something that happens every day.”

Merkel’s parents were also in the visitors’ gallery at the German parliament when the chancellor was delivered a fresh mandate to lead the government in 2009.