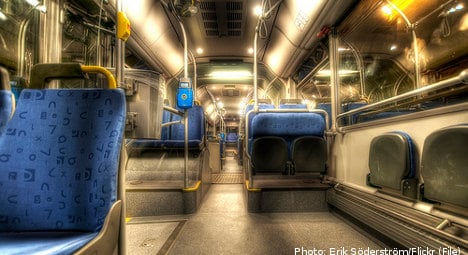 The man, who has represented the party publicly in several debates and media appearances, allegedly hit a bus driver, when the driver asked him if he’d stamped his bus pass, according to the local newspaper Göteborgs-Posten (GP).

The victim’s version of the story is supported by a witness, a 20 year-old man sitting nearby.

The politician denies the charges, and states that he was provoked by the bus driver, who was blocking the bus aisle.

The Sweden Democrat claims to have merely pushed the driver aside.

Medical reports show that the bus driver fractured a rib in the incident.

“I absolutely didn’t push him that hard. He must have got that some other way,” the politician told the newspaper.

The Sweden Democrats’ local party leader Mikael Jansson isn’t all that concerned by the incident.

“I feel pretty calm, and can’t say I’m worried that he’ll be convicted in court,” commented Jansson to GP.

The bus driver is demanding a 16,000 kronor ($2,500) indemnity to compensate for the humiliation and suffering caused by the incident, as well as the wages lost during his sick leave.