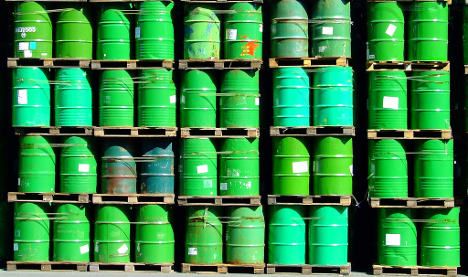 As world leaders gathered in Paris to welcome the National Transitional Council into the international fold, the French daily Liberation published what it said was a letter from the rebels to the emir of Qatar.

In it, Liberation said, the “Popular Front for the Liberation of Libya” tells the emir that it had struck a deal “to assign 35 percent of crude oil to France in exchange for its total and permanent support of our Council”.

But the NTC’s ambassador in Paris, Mansur Seif al-Nasr, told AFP he had never heard of the “Popular Front” that apparently issued the letter, and added: “All documents, all valid treaties are signed by the NTC.”

“The oil sector will be run in a transparent way and contracts will be awarded on merit, not political favouritism,” Guma al-Gamaty, the NTC’s representative in London, told AFP.

Gamaty listed companies he said had a good track record in the Libyan oil sector over the past 15 years: Britain’s BP; France’s Total; ENI of Italy; and “major American companies”, without specifying which groups.

“Their track record and experience and expertise of the Libyan oil sector put them in a strong position, however the principle will be still that contracts are awarded on merit and competitiveness,” he said.

Asked if the NTC had come under pressure to award contracts to companies from Britain or France, which mobilised backing for the rebels in their effort to topple leader Muammar Qaddafi, Gamaty responded: “None whatsoever.”

The head of Total, France’s biggest oil firm, said he had not heard about any specific promises to assign his country Libyan crude.

“The 35 percent? I am not aware of that,” said chief executive Christophe de Margerie, adding the company’s priority was to restart production and help the Libyan people return to a normal life.

In support of its report, Liberation printed an image of the letter, which it said was dated April 3.

The leadership of the revolt was already known as the National Transitional Council (NTC) on April 3. An Internet search for the “Popular Front for the Liberation of Libya” finds only references to the letter.

This image appears to be of a document that has been circulating on the Internet among opponents of French intervention in Libya since the first week of April without attracting the attention of professional media.

References to the text of the letter appear in internet discussion forums from as early as April 3, when it was supposedly written.

French Foreign Minister Alain Juppe said he “had no knowledge” of any deal to secure Libyan oil, but said he thought it “fair and logical” that countries which supported the revolt would take part in any reconstruction.

Meanwhile, in Brussels, the European Union decided to lift an assets freeze it had previously imposed on 28 Libyan firms, including ports and banks, to provide funds to the rebel leadership and kickstart the economy.

“Our goal is to provide resources to the interim government and the Libyan people and help to make the economy function again,” said EU foreign policy chief Catherine Ashton.

Ashton said Libyan ports as well as companies in the energy and banking sectors were among the firms that were removed from a blacklist of some 50 entities targeted by sanctions.