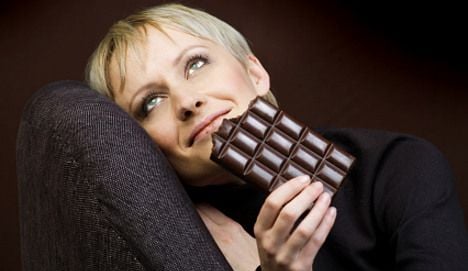 Whether one is afflicted by a heart attack, high blood pressure or constricted arteries depends in large measure on a host of lifestyle choices.

But the ideal formula for avoiding heart problems remains elusive: it is hard to tease apart the factors that impact cardiovascular health, and the right mix of things to do — or not do — can vary from person to person.

Even commonsense measures such as exercise or a balanced diet must be fine-tuned.

It is not, for example, how long one rides a bike but the intensity of one’s effort that matters most, according to research presented on Monday at a five-day gathering, ending on Wednesday, of the European Society of Cardiology.

The study, led by Danish cardiologist Peter Schnohr, showed that men who regularly cycled at a fast clip survive 5.3 years longer than men who pedalled at a much slower pace. Exerting “average intensity” was enough to earn an extra 2.9 years.

For women, the gap was less striking but still significant: 2.9 and 2.2 years longer, respectively, compared to slowpokes.

“A greater part of the daily physical activity in leisure time should be vigorous, based on the individual’s own perception of intensity,” Schnohr said in a statement.

The old adage “laughter is the best medicine” was proven true by another study which found that a good dose of humour helps blood vessels.

Michael Miller, a professor at the University of Maryland School of Medicine, had already shown in earlier research spanning a decade that men and women with heart disease were 40 percent less likely to see typical life events in a humorous light.

But when the same subjects later saw a funny, heart-warming movie the blood vessel linings expanded.

Over all, there was “a 30-to-50 percent difference in blood vessel diameter between laughter and mental stress phases,” Miller said.

Acutely stressful working conditions, both physical and mental, have long been associated with poor health.

But new research unveiled on Monday shows that a mix of intense pressure to produce results coupled with conditions making it hard to meet those demands is a recipe for heart disease, and even early mortality.

Finnish researchers led by Tea Lallukka of the University of Helsinki, in a review of recent academic literature, concluded that “job strain and overtime are associated with unhealthy behaviours, weight gain and obesity,” according to a press release.

At the same time, they noted, “employed people are generally better off.”

Perhaps the most painless path to better cardiovascular health is one that comes all too naturally to many people: eating chocolate.

Earlier research had established a link between cocoa-based confections and lowered blood pressure or improvement in blood flow, often attributed to antioxidants, but the scale of the impact remained obscure.

Oscar Franco and colleagues from the University of Cambridge reviewed half a dozen studies covering 100,000 patients, with and without heart disease, comparing the group that consumed the most and the least chocolate in each.

They found that the highest level of chocolate intake was associated with a 37 percent reduction in cardiovascular disease, and a 20 percent drop in strokes, when compared with the chocolate-averse cohort.

No significant reduction was reported in the incidence of heart attack.

The findings, alas, come with an important caveat: the healthful molecules are found in the bitter cacao, not in the sugar and fat with which they are routinely combined.

“Commercially available chocolate is very calorific and eating too much of it could in itself lead to weight gain, risk of diabetes and heart disease.”