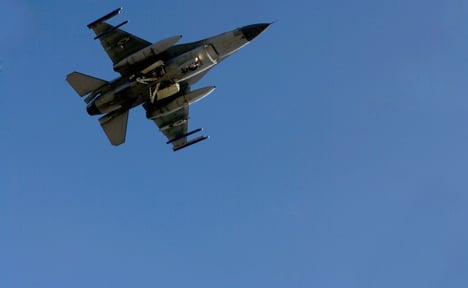 In the interview with Bild am Sonntag to be published Sunday, she also said Qaddafi should be tried by the International Criminal Court in the Hague.

“We back our allies and I have the deepest respect for NATO’s involvement, she told the paper. “As for our side, we pursued political and economic sanctions against the regime.”

Merkel did not rule out a Bundeswehr participation in a UN-peacekeeping mission in Libya, but would not commit to sending troops. Earlier this week, Merkel and other German officials avoided making any clear statements about sending troops to the country.

The government’s Libya policy has come under attack again following comments from Foreign Minister Guido Westerwelle, who appeared to credit Germany’s support of sanctions as key to toppling Qaddafi.

Germany shocked its NATO allies last spring by abstaining from a UN Security Council vote in March, which adopted Resolution 1973 authorizing the use of force to protect Libyan civilians. It also did not join NATO’s operations in the north Africa country. Germany was the only European Union country and NATO member to do so.

Merkel said, “When one asks us Germans, we will of course review what we can do.” She said, “Germany will participate in a supporting role when a new Libya will be rebuilt.”

Germany is ready to help and advise wherever the new Libyan institutions see a need, she said, noting that her government froze billions of the Quaddafi regime’s money – funds that can now go to the the Libyan people.

Philipp Rösler, Germany’s vice chancellor and economy minister, was the first member of Merkel’s centre-right coalition explicitly to praise Berlin’s NATO allies for their efforts against Qaddafi on Friday.

“We owe our deepest respect and gratitude to our allies who decisively stopped Qaddafi’s murderous forces,” he told the daily Passauer Neue Presse.

His comments contrasted starkly with those made earlier this week by Westerwelle, who was finally compelled on Saturday to offer his respect to Germany’s allies. There have been renewed calls for Westerwelle, who is largely blamed for Berlin’s decision not to support the NATO effort in Libya, to resign.

But Rösler, who succeeded Westerwelle as the leader of the Free Democratic Party this spring, said the beleaguered foreign minister’s position was secure for now.