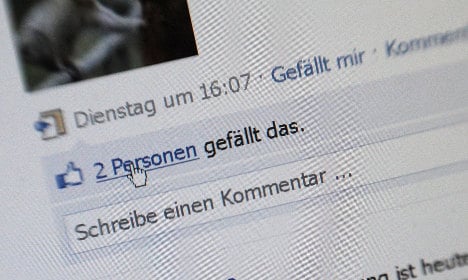 Thilo Weichert, who works for the data protection centre of the northern German state of Schleswig-Holstein, said the social network’s application allowing internet users to express their appreciation of something online, illegally cobbled together a profile of their web habits.

Saying this contravened both German and EU privacy laws, Weichert demanded websites in Schleswig-Holstein remove the ‘like’ button from their offerings by the end of September or face a fine of up to €50,000.

He said Facebook probably used the data for advertising purposes and provided website operators an analysis of user traffic.

Facebook rejected Weichert’s claim and said in a statement that the website’s social plug-ins were in compliance with European data protection laws.

The company admitted the ‘like’ button could pass on information such as user IP addresses, but said the data was deleted after 90 days as per industry standard.

Facebook users remained in “full control of their data” while using social plug-ins, the statement said.

By using state of the art technology, Facebook is able to suggest which friends might be in photos that users upload. But the feature has raised concerns among privacy advocates, who worry the site is saving sensitive biometric data.