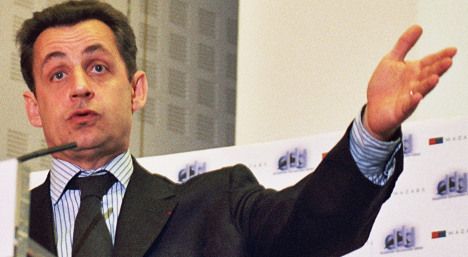 The two leaders pledged to give the eurozone bloc a “true economic government” but refused to back the issue of eurobonds and said the existing €440 billion bail-out fund was “sufficient.”

“The president has shown again his determination to sort out the economic problems that Europe is currently facing and to defend both Europeans and the French,” said the general secretary of the the president’s UMP party, Jean-François Copé, in a statement.

Not surprisingly, the two leading candidates in the current Socialist party race to be the party’s presidential candidate were less complimentary.

Current frontrunner François Hollande said the decision not to issue eurobonds was a “huge step back.” In an interview with Le Parisien newspaper he said the president had “surrendered” on the issue.

“Until now, the French position was to push for the creation of this instrument, while the Germans were reticent,” he said.

“The head of state has now totally fallen into line with the German position by criticizing eurobonds on the grounds that they will weaken the important states, as in France and Germany. This surrender will cost the euro deeply.”

Speaking to TV channel i-télé, his party rival Martine Aubry agreed with Hollande on eurobonds and said she had expected a “doubling” of the bail-out fund as well as measures to jump-start growth.

Far right-wing Front National leader, Marine Le Pen, who has campaigned consistently for a French withdrawal from the euro, was characteristically scathing.

“This summit had only one objective: to determine how France and Germany can share the burden of the euro crisis,” she said in a statement. She added the pair were trying to “work out how many new tens of billions of euros France and Germany will pour in to try to bail out the countries that have been victims of the euro.”

Most of the French press took a critical view of the proposals, with the exception of Le Figaro, which traditionally supports President Sarkozy.

In an editorial strongly supporting the call for balanced budgets and a stronger governance of the eurozone, the newspaper said the president had found an ally in the German chancellor in his wish to insert a “golden rule” in the French constitution which would require governments to pass balanced budgets.

The left-of-centre Libération was more critical. Under the headline “a conservative summit” the newspaper wrote that the outcome was “good intentions but no shock announcements that would tame the markets.”

Regional newspaper L’Alsace, agreed that markets had not been mollified. Leader writer Patrick Fluckiger said that while “the Sarkozy-Merkel meeting led to a rally in the euro against the dollar for a few minutes, the soufflé quickly collapsed.”

“The only thing that seems clear at the end of this new summit,” wrote Fluckiger, “is the inability to deal with the problem.”

Wednesday’s Le Monde carried an interview with global financier George Soros, who told the newspaper “Europe is in danger.”

“There’s no choice but to improve governance in the eurozone,” he said. “The question isn’t whether it’s right to have a single currency. The euro exists and if it collapses it will cause a banking crisis totally out of control. The world will be plunged into a deep recession.”