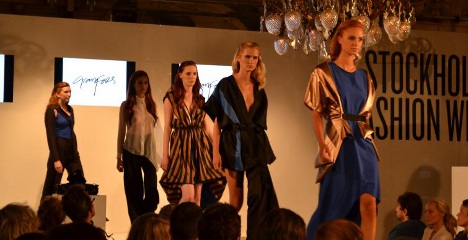 The one week dedicated to the most coveted division of material culture kicked off at Café Opera last Monday: the Mercedes Benz Stockholm Fashion Week.

The week offered the unique opportunity for one to admire everything from eyelash extensions like that out of Burgess’s Clockwork Orange to floor-length nude gowns out of Austen’s Pride & Prejudice – and all under one roof.

For the slim-legged, impeccably styled socialites the real soiree began on Monday night when over 700 guests occupied Café Opera to sip drinks, mingle and shamelessly ask the question “so who are you wearing tonight?”

Though the rest of the week offered a slew of similar gatherings and expensively tailored merriment, the objective of designers and companies over the past few days was to impress buyers – the heart of the beast that is modern society’s fashion sphere.

Iconic retro shoe brand Swedish Hasbeens set the bar high when they opted out of a traditional fashion show on Wednesday, instead putting on a show of their own with gymnasts, contortionists and dancers in a strategically lit room.

With shoes sold in about 400 stores around the world, co-founder, designer and creative director Emy Blixt told The Local that she pinned her success partly on international inspiration.

“I have always looked at innovative and daring designers that want to change something with their fashion,” she explained citing British designer Vivienne Westwood.

“We believe that both the US and the UK market really appreciate new and innovative styles and that people there appreciate genuine materials and handicraft.”

Blixt also commented on how similar those on the vanguard of new trends can be, even if they don’t live in the same city.

“We can see that what works in the area SoFo in Stockholm also works in SoHo in New York and London,” she said, referring to the hip districts in each city.

“Influential people in these different areas are more alike than people of the same nationality just a few hundred meters away.”

Elsewhere during the week, showrooms around town sprouted from street corners to house designer names including Cheap Monday, bellaobastian, Rützou, and Dagmar, to name a few.

Having heard the word “statement” more often than not when discussing the delicate science of style, each designer in Stockholm did their best to include the exclamation mark factor in their collections.

For example, newcomers Gooseberry Lay & Co. succeeded in drawing attention to their Spring/Summer 2012 menswear line by dressing models in nothing other than their rugged, nautical denim shirts.

However unconventional, the fashion world has no official rulebook, which makes it a thrill to many who live in it.

Rookies 2011 participant Mika Modiggård, 23, compared her own style as that of a roller coaster, creating the elements of structure and foundation coupled with flow in her latest collection.

A native Swede currently based in Berlin, Modiggård said she enjoys the more relaxed atmosphere of Stockholm Fashion Week compared to the scene in her adopted base in Germany.

“Sales-wise and scale-wise there isn’t as much pressure here as at Berlin’s fashion week,” she said.

Another Swede that knows a thing or two about international attention is co-founder and CEO of the Lexington Company, Kristina Lindhe, who’s showroom was buzzing with customers eager to order the brand’s wide range of New England-inspired threads.

“We are not a typical Swedish brand, we just happen to be Swedes,” said Lindhe, who describes the brand as “bohemian luxury”.

“I feel that our offices could be anywhere.”

Despite the notion echoed by several designers that Swedish fashion is one-sided, Lindhe thinks Scandinavians are in fact on top of things.

“Everything moves quite fast here, Swedes get with trends quite quickly compared to many other countries,” she said.

Toward the end of the week, the general public was invited to feast their eyes on the latest fashions up close on Thursday’s Fashion Night, during which shops and showrooms were open well into the night, attracting shoppers and fashion lovers with goodies, music and an impromptu fashion show on the streets of the city’s upscale Östermalm district.

Though the festivities had died down by the weekend, the fire still burns for fashion in the hearts of many of last week’s participants, including Swedish Hasbeens co-founder Blixt.

“We believe we have something great and different to offer both Sweden and the rest of the world so this is still only the beginning,” she said. 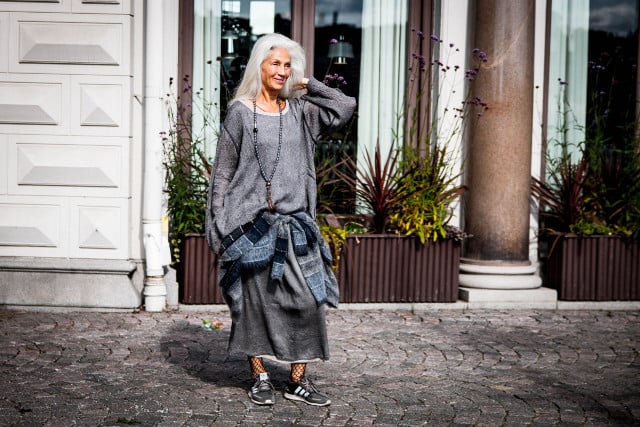 What defines Swedish fashion? And is it getting more international? We asked @tesshell on the sidelines of @fashionweekinstockholm #fwstockholm #stockholm SEE ALSO: Essential words and phrases to help you get dressed (and undressed) in Swedish