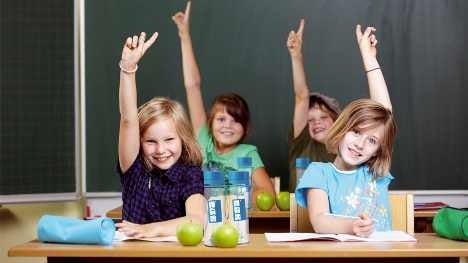 All 16 German states have improved educational conditions over the past year, the Bildungsmonitor 2011, a study conducted by the Institute of German Economics (IW) in Cologne and sponsored by the Initiative for New Social Market Economics (INSM), said.

The eastern state of Saxony has retained its lead in education, followed by Thuringia and Baden-Württemberg. The city-state of Berlin remains on the bottom of the list despite marked advances.

The realisation of this individual support has also led to more students achieving their Abitur, university-track high school diplomas, as well as more enrolled uni students and working-age graduates — the method of producing more academics where Germany has achieved the most overall progress.

All together, the German states have made significant educational gains compared to the first Bildungsmonitor in 2004, jumping from 21 points to 70.4 on a 100 point rating scale. Particularly strong improvements to the previous year were found in the states of Mecklenburg-Western Pomerania, Thuringia, Berlin, Rhineland-Palatinate, North Rhine-Westphalia and Hesse, the 2011 report said.

The country has also achieved “considerable progress” in integrating pupils with immigrant backgrounds. Non-German school drop-outs fell by 1.2 percent to 13.8 percent, while the number of graduates increased. In addition, the percent of elementary students at day schools rose 2.6 percent.

The Bildungsmonitor compares the educational systems of the states using 111 criteria, including the number of all-day schools and Kitas, school drop-out rate, graduation rate and engineering graduates.

German education boasts a “good leading position” among European countries, according to the director of the study, Axel Plünnecke, although it still lags behind international leaders Canada, Switzerland and Finland.