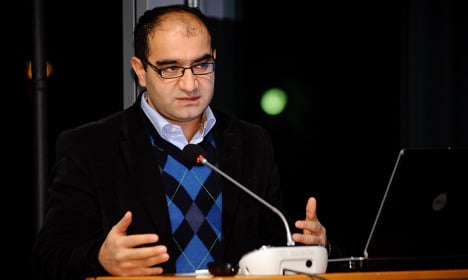 Sausage seller, Oguzhan K., told the BZ newspaper that Berlin House of Representatives member Özcan Mutlu first complained about the €11 price of sausages, Fanta and fries before hitting him in the chest.

“He insulted my lunch as a ‘load of shit’,” complained Oguzhan K., who sells the currywurst near the famed Brandenburg Gate. “Then he took off his glasses and hit me twice in the chest.”

Mutlu, who is an education expert for his party, describes the incident somewhat differently.

He acknowledges complaining about the price, but said the sausage seller then insulted him rudely in Turkish, which Mutlu understands.

“He insulted me viciously because I ordered a currywurst as a Muslim during Ramadan,” Mutlu said, explaining that he sent his young daughter to the side and then alerted police.

Then, he told the BZ, several angry sausage salesmen surrounded him in a threatening manner and one of them pushed him. Mutlu admits pushing back, but said it was a matter of self defence.

The whole issue is one of discrimination against him for eating during Ramadan, he said.

“This is precisely the intolerance against which I have been fighting for 20 years as a politician,” Mutlu told the newspaper.