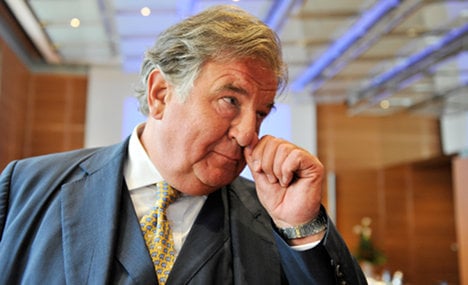 The 59-year-old Grossmann, a strong advocate of nuclear energy, will hand over to Terium, 47, on July 1 next year.

Grossmann was originally due to retire at the end of September 2012. The company did not cite a reason for moving up his departure date.

Terium is currently the head of RWE’s Dutch and Belgian subsidiary Essent N.V.

RWE, along with competitor EON, is the largest operator of nuclear reactors in Germany and Grossmann was long considered the country’s main nuclear power advocate.

Chancellor Angela Merkel’s government decided in the wake of the disaster at the Fukushima plant in Japan in March to close for good all 17 of Germany’s nuclear reactors within 11 years.

“(Terium) will promote the further transformation of the company in a fast changing environment and will be able to lead the company to continued success in the future,” RWE supervisory board chairman Manfred Schneider said in a statement.