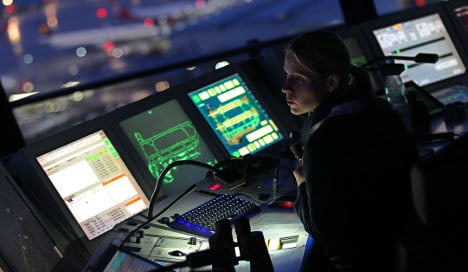 The strike was approved by a labour court late on Monday afternoon, unlike an aborted strike planned for last week. However, the DFS could still attempt to halt the walkout with a last minute legal appeal or by agreeing to arbitration talks late on Monday.

The strike will affect thousands of flights, coming in the middle of holiday season. The GdF asked for the travelling public’s understanding that it saw no other course in the stalled pay dispute other than to strike.

The dispute revolves around pay and conditions for its 5,500 members. The GdF is demanding a 6.5 percent pay rise in a 12-month pay deal. The DFS is reportedly offering a longer-term agreement, consisting of a 3.2 percent rise from August 1, followed by a 2 percent rise or at least a rise keeping pace with inflation from November 1, 2012.

Last week, an industrial court in Frankfurt forbade a strike by air traffic controllers, saying some of the union’s demands were unacceptable.

The DFS said it would take the new strike threat also before the court.

Union members at the DFS training academy in Langen, Hesse and company’s office in Maastricht, the Netherlands, will both be exempted from the strike.