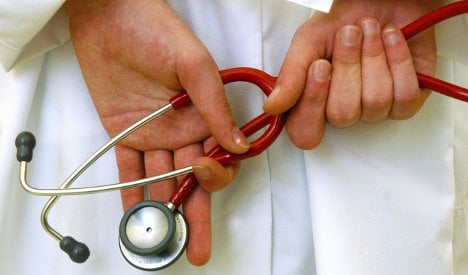 Chancellor Angela Merkel’s centre-right coalition said it would introduce tax breaks to boost the salaries of doctors setting up or taking over practices in rural areas.

The bad distribution of practitioners is especially problematic in eastern Germany, in the northern state of Lower Saxony, and in southern Bavaria.

Officials estimate that with at least 1,000 jobs currently finding no takers and tens of thousands of doctors headed for retirement over the coming years, the problem will only get worse.

Already 50 percent of patients living in the countryside must go to town for medical treatment, Andreas Köhler, the chairman of the National Association of Statutory Health Insurance Physicians, told ARD television.

“The main problem … is that most practitioners no longer want to be on call 24 hours a day, seven days a week” as is often the case in rural areas, Stefan Gress, professor for health economics at Fulda technical school, told ARD.

And with a fast-ageing population, the number of Germans requiring regular care is expected to grow from 2.4 million today to 3.4 million in 2030 and four million in 2050.