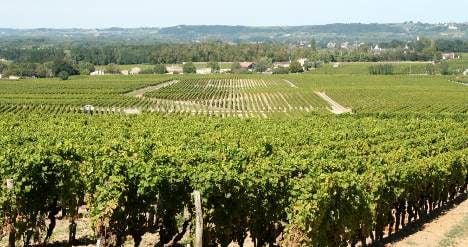 The buyer was Christian Vanneque, a former sommelier at the Michelin-starred Tour d’Argent restaurant in Paris.

“It is a rare wine, which has been tasted on three occasions and each time received five out of five stars,” he told Reuters.

The 1811 vintage of the Château d’Yquem is believed to be particularly strong due to the weather and the auspicious appearance of the Great Comet that year.

The bottle will be exhibited in a bullet-proof, temperature- and humidity-controlled glass case for six years in his restaurant, the SIP Sunset Grill, in Bali, Indonesia.

Vanneque said the wine was “not just purchased as an investment – it is also going to be for enjoyment.”

“I’m going to open it in six years to celebrate the 50th anniversary of starting work in Paris. I’ll drink it with my wife, brothers and friends. I already know what we’ll eat to go with it,” he said.

The wine was sold by the London-based Antique Wine Company. “I always have a tear in my eye when I sell a bottle of wine, but I’m comforted by the knowledge that it has been purchased by someone passionate about wine and it’s going to a good home,” said the company’s managing director Stephen Williams.