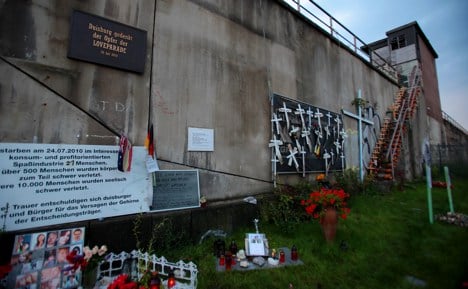 The two-hour event marking the first anniversary will include music, speeches and moments of silence, and afterwards those personally affected will be offered the opportunity to mourn at the Karl-Lehr pedestrian tunnel, where the crush occurred.

The event, which starts at 3pm, will also be attended by the state premier of North Rhine-Westphalia Hannelore Kraft and Norbert Röttgen, German environment minister and leader of the local Christian Democratic Union.

Duisburg mayor Adolf Sauerland, who was heavily criticized in the wake of the incident, will not attend.

Apart from the 21 deaths, over 500 people were injured in the crush in the tunnel, the cause of which has not yet been satisfactorily cleared up. The police are currently investigating 16 people in various positions of responsibility on the day, to establish whether and to what extent they were to blame.

Commemorations also began on Saturday night, where several people who witnessed the events unfold brought wreaths and lit candles at the site of the tragedy.