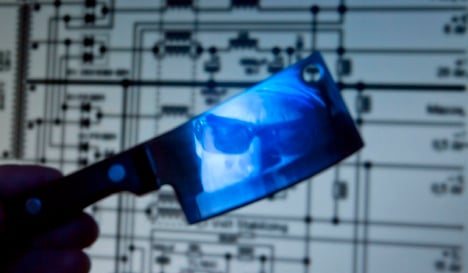 Christoph Unger, president of the BBK, told the news magazine Focus on Sunday that a cyber attack on targets like hospitals, air traffic control, electricity grids or nuclear power stations would have “much more drastic consequences than attacks which mainly damage the image of authorities.”

IT expert Arne Schönbohm told the magazine that serious damage could also be done by sabotaging “critical security infrastructure in the private sector.”

The No-Name-Crew has warned of further attacks in Germany by Thursday.

The No Name Crew hacked at least one of the customs authority’s computers in early July, disrupting a police spy programme that is supposed to keep tabs on suspected terrorists and major criminals.

The hackers have said they had ‘sniffed’ at all network traffic between the federal criminal police, the customs and other federal police, and boast they have seen “mails, notices, confidential data and every dirty detail.”

The government has put together a ten-person task force to figure out what went wrong and come up with recommendations to thwart future attacks. Some media reports blamed the use of cheap protection software, which left police databases open to attack.

In addition to the customs attack, the “No Name Crew” has taken responsibility for targeting right-wingers online, including the extreme-right National Democratic Party (NPD).