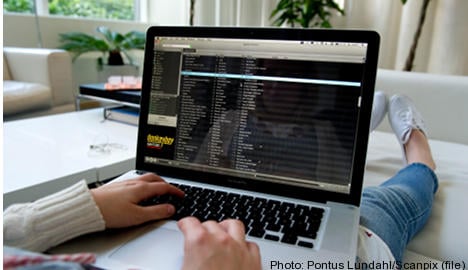 “Spotify, the largest and fastest growing music service of its kind, is available from today in the US,” the company said in a statement.

Spotify said it now has some 10 million users — including more than 1.6 million paying ones — across Sweden, Norway, France, Finland, Britain, Spain and the Netherlands.

“Stay tuned, the US won’t be the last country,” Spotify’s head in North America Ken Parks told AFP Thursday, without any further details.

Spotify, a web-based legal streaming service, lets users access a library of some 15 million tracks and listen to them on a computer or mobile phone.

The free version is financed by advertising and comes with some restrictions, which users can avoid by purchasing a five or ten euro (or five or ten dollar) plan.

Founded in 2006 by Swedes Daniel Ek, then in his twenties, and Martin Lorentzon, the service first launched in 2008 in Sweden and says it has since become the world’s largest streaming service.

It has some 300 employees and is seen as a chance for the music industry to regain the market share lost through illegal downloading.

“Spotify was founded as a better, simpler alternative to piracy. So making sure that the people who create the music prosper is hugely important to us,” Parks said.

The US launch was the subject of rumours for many months but Parks said the company took its time to make sure to have the same success in “the largest music market in the world” as it has in Europe.

“Our objective is to get this product between the hands of the maximal number of users and let them follow what’s been done in Europe,” he said.

“We’re very keen to replicate the same European model, so everyone wanted to be deliberative. But rather than looking back … we want to look forward for a launch of all of the major labels and a huge number of indies,” he said.

He added that Facebook, the world’s largest social network, would be used to promote Spotify in the US market but did not comment on a May report on a closer tie-up between the two services.

Earlier this year, Spotify slapped restrictions on its free version, slashing the amount of times a track can be played and the total amount of music users can listen to without paying.

In May, it unveiled an application enabling users to synchronise playlists and songs purchased through its service with Apple’s iPod, in what industry observers saw as a clear challenge to Apple’s iTunes.