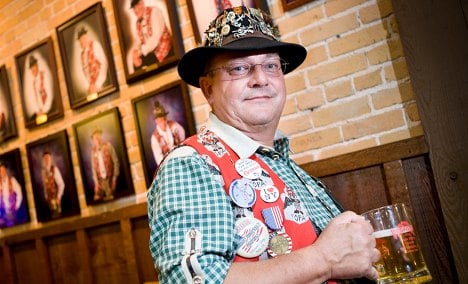 Rodney Koenig can look back upon a career as a high-powered attorney in Houston, but he often prefers to think about his childhood in rural Fayette County in southeastern Texas.

Back then, the 70-year-old remembers, everyone spoke German.

“It was our primary language at home,” he recently told The Local from his office where he handles tax and estate planning. “The neighbours all spoke it, the church services were in German.”

Today, like many other former havens for German Texans, his home county is now full of native English speakers.

And Koenig is one of the last-remaining native speakers of the unique German dialect native to Texas.

As the ranks of the roughly 10,000 speakers of the language dwindle, a piece of Texas history, and its rich German heritage, goes with them.

Koenig, who is now one of the dialect’s youngest speakers, knows it.

“There just aren’t that many of us left,” he said. “It’s sad for some people, but it’s reality.”

Searching for something better

Searching for better lives in America, hundreds of thousands of Germans immigrated to Texas in the 1800s.

Many integrated quickly into the dominant Anglo culture, helping to build the state’s big cities like San Antonio and Houston. Others created their own enclaves – with names like New Berlin and Fredericksburg – often modelled on German communities where innovation, hard work and industriousness was valued.

Like many immigrants, German Texans considered themselves to be patriotic, hard-working Americans. But they also clung to their heritage, holding festivals, giving their towns Teutonic names and continuing to speak German.

The peculiar dialect of Texas German thrived and evolved, becoming a language with its own unique features until the World Wars prompted the government to crack down on German Texans – some were sent to internment camps.

Soon, school and church services were only in English.

As English took over, and native Texas German speakers died one by one, so too did the language.

Today remnants of Texas’ German past are still there – New Braunfels still has its annual Wurstfest, the Beethoven Männerchor sings its songs in San Antonio. But like its unique language, the one-of-a-kind Texas German culture is slowly fading away.

Recording but not saving

So the Texas German Dialect Project he started around 2001 aims to catalogue it for posterity.

Boas – a native German – has criss-crossed the state, interviewing the dialect’s last speakers with a team of students.

His team has discovered Texas German has quirks not found in the standard version of the language.

Among others: The genitive case is rarely used and English words like “blanket” or “six shooter” have been integrated into the language.

He’s also learned that few, if any, German Texans passed the dialect onto their children. The youngest native speaker today is in his 50s, Boas said.

But there are still thousands of speakers to reach out to and time is of the essence.

“As languages die, you lose a window on the world,” Boas said. “That’s what’s happening with Texan German. In the next 20 or 30 years, it will be gone. That’s why we have to do this now.”

The last of their kind

Even today, German Texans are a hardy bunch. They’re proud to be Americans, but equally proud of the contributions their forefathers made to the country. They often look toward the past – and their now-changed culture – with a sense of resignation.

Warren Hahn a 76-year-old rancher from the small community of Doss, tries to get together with friends to speak Texas German whenever he can, but it’s not the same as it was.

“I just accept that’s it’s going away eventually,” he said. “You just have to accept that fact.”

And Diane and Bill Moltz, who live in New Braunfels and are both in their 70s say they’ve tried to maintain their heritage, in part by instilling a sense of German pride in their children and grandchildren.

“They are proud of their background but I don’t know how much they’ll retain,” said Diane Moltz, explaining that none of the kids really speak German.

Sometimes, Diane thinks back to her childhood, singing German songs at Christmastime. She’d like to pass that tradition on to the young people of New Braunfels, but it’s not easy.

“Nobody can sing with me,” she said.